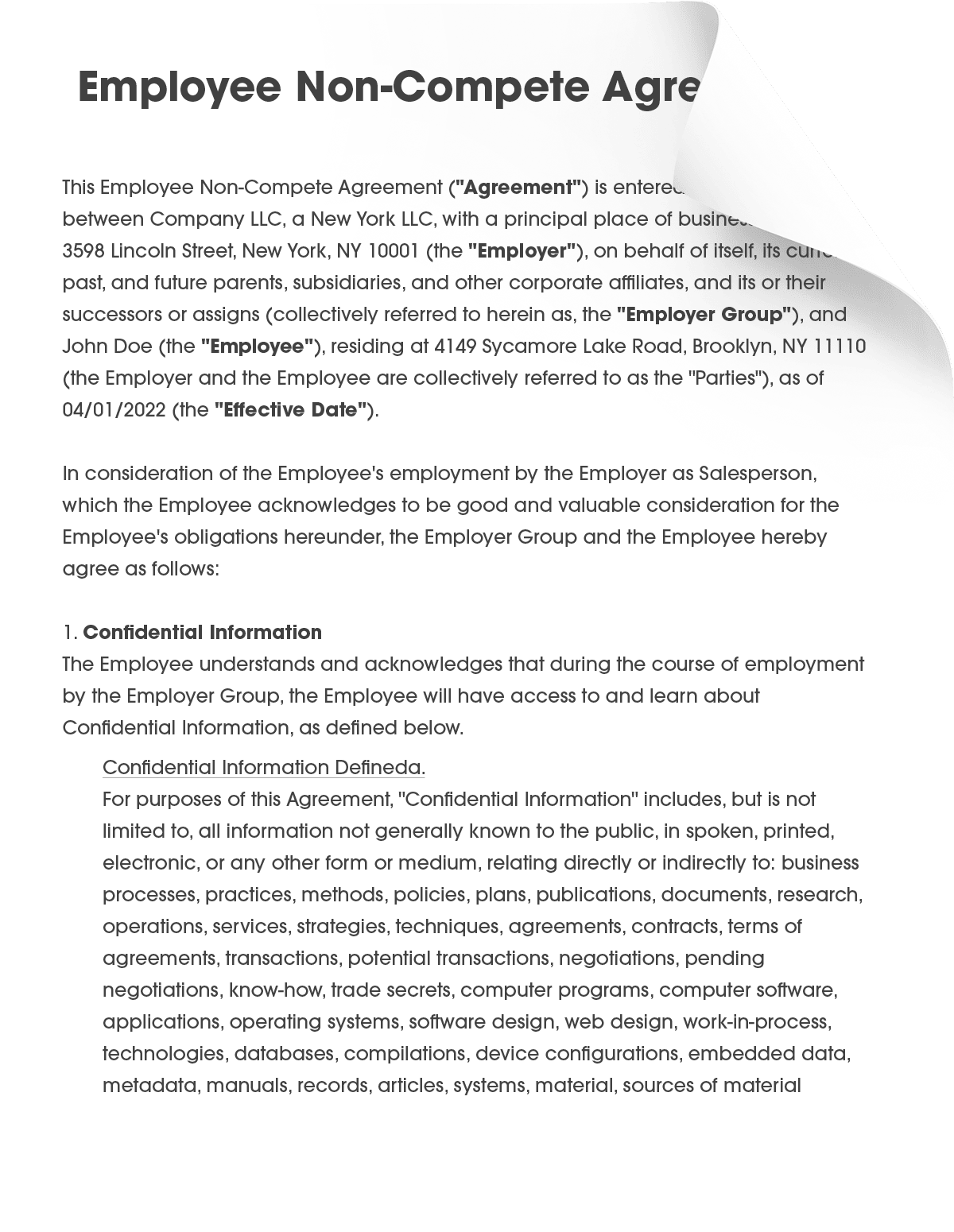 What is a Non-Compete Agreement?

A non-compete is a valuable tool for employers that acts as a contract where an employee makes a promise not to enter into competition with the employer over a specified period of time after the employment period. They also restrict an employee from revealing confidential information or trade secrets during employment, and after the job, the period has ended.

Why do you need to use a Non-Compete Agreement?

Employers use a non-compete agreement to protect their companies from having an employee work in the same industry during or after their employment. Non-competes usually specify a period of time establishing how long the non-compete will stay in place.

When do you need to use a Non-Compete Agreement?

Are there any deadlines or times for when this form is needed?

What are the main things that go on this form?

The form should include an effective date that defines when the non-compete agreement is to begin. The form should also include a reason for the agreement. The reasoning is typically the employer protecting themselves against former employees revealing trade secrets, protect confidentiality, soliciting clients, or other employees.

Do I need to use a lawyer, accountant, or notary to help me?

It is always a good idea to have a lawyer review the draft or content of any legal document. A lawyer should be knowledgeable about your specific state laws to ensure your agreement is enforceable.

What is the easiest way to create a Non-Compete Form?

A non-compete/non-competition form can be created here on the site. The employer has the power to make the form as detailed, or as simple as they’d like.

Currently, there are no laws or statutes in place that require a non-compete be notarized. However, both parties to the agreement must sign for the agreement to be enforceable and valid.

It is essential to know that a Non-Disclosure Agreement (NDA) and a non-compete agreement are not the same. An NDA deals with confidentiality and protects the company in the event of a breach. A non-compete acts to restrict employees (current, or past) from entering into a competitive market place within a specific amount of time or outside the defined geographical scope.

Why use our Non-Compete Form generator?

Our non-compete generator conducts an interview-like process. You will be asked questions about your preferences and have the ability to tailor it to your company’s needs. Our process is quick, easy, and efficient. You will be able to download the form as soon as you complete the questions, and your document will be customized to meet your needs. You can aslo come back at any time and make any additions or revisions you see fit.